Development of Mechanisms in NIKO

Development of Mechanisms in NIKO

At the end of the year 1946, the daily production of lever arch mechanisms was 300 pieces; however, when it regained its independence, it was 1300 pieces per day. Investing in mechanical equipment, introducing tools of its own construction and production, they steeply increased the production of lever arch mechanisms, and in 1970 they produced already 17.000 pieces per day, and in 1973 even 21.000 mechanisms.

During that time 15% of the production was already exported to Great Britain, Iran, Israel, Lebanon, Austria, Australia and Italy. Lack of space was the main obstacle for further development, and therefore new functional production premises were built, and the production moved in 1977 to new premises on the present location. A year later a modern galvanic line for nickel plating was built, and thus good conditions were given for a steep rise of the company Niko among the top producers of lever arch mechanisms in Europe. 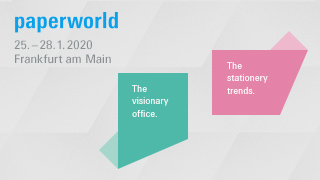 Come and see us at the largest international trade fair for paper, office supplies and stationery. At our stand we can advise you personally and in detail on all aspects of our product range.

Visit us at Paperworld 2020 and we`ll provide the inspirations that your business needs. Come and take a closer look!

We are looking forward to your visit!